A block synthesizer that explains how synthesized sound is made.

Sound Blocks is a tool to teach children or adults alike about the basic elements that sound is made of. It facilitates open learning through exploration, and it allows users to create their own digital instruments and, with them, their own music. It provides a means for expression in a playful, engaging manner.

Using Sound Blocks, new sounds can be created with a few parameters. If desired, they can even imitate real world sounds. It does this by letting the user control waveform, sound decay and volume of three channels, all mixed together. Once the “instrument” has been created, it can be used with a simple keyboard.

Music is known to be one of the oldest forms of expression, and this is still true today. Sound Blocks was a fantastic project to be part of. Through the development process, it helped us understand the basics of sound. Later, it allowed others to learn by playing and experimenting. Through a tangible, playful interface, a complex concept is simplified and gives people that have no prior knowledge the means to express and create their own things easily.

This was a four day project, developed at CIID.
Exhibited at Trailerpark I/O 2015.
Finalist at the IxDA Awards 2016.
Featured in the Arduino Blog.

What is sound made of? It’s a question that seems simple, but as we all know the simplest things sometimes hide wonderful complexity. The challenge was taken first to understand what factors and aspects sound is created from. There are a lot factors, too many to be conveyed through language alone, in a short period of time.

So we created Sound Blocks, which allows people to learn how with a few parameters we can create new sounds, and, if desired, imitate real world sounds. It does this by letting the user control waveform, sound decay or wave length and volume of three channels, all mixed together. Sound blocks first and foremost was created as a tool to experiment with sound, it is playful and engaging. The goal is to help children and people of all ages better understand the basic elements that make up a sound.

How does it work?

You are given three channels to experiment with. You can pick a basic waveform, the duration of the wave, and adjust the volume of each channel. It allows you to understand how synthesizers can emulate real world sounds,such as drums or a keyboard, with simple example recipes to get you started quickly.

Our learnings were plentiful. We learnt a great deal about what sound is and the factors that make sound and musical sound exist. On the physical computing side we learnt about circuitry and identifying what is connected. Each block has its own resistance value and thus can be used to trigger an exact reaction on another software, which in this case is Ableton Live. Coding skills were also required to identify, transform and send the signals into the sound software 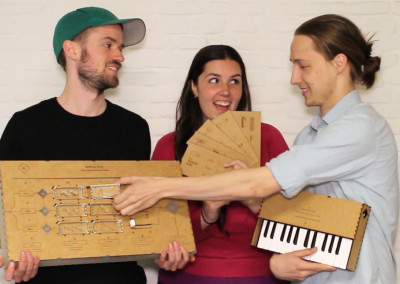 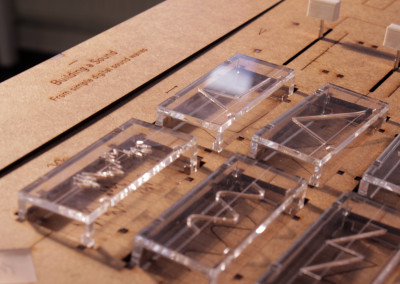 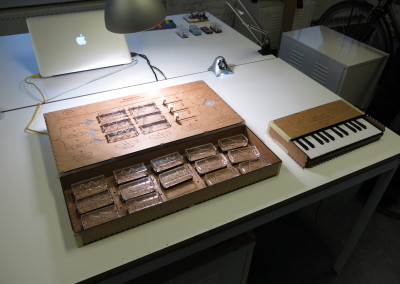 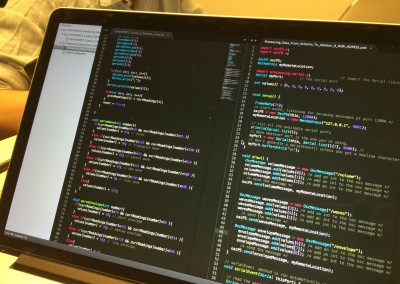 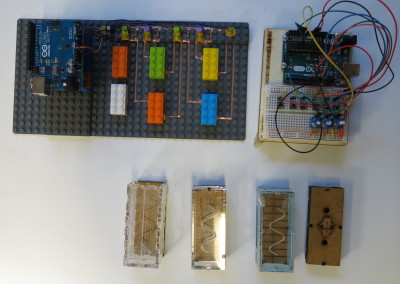 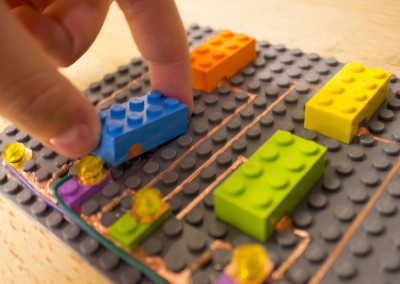